How Well Do You Know Your Character?

Beginning scriptwriters generally are either strong on plot or on characterization, rarely is a writer brilliant at both. Even if you excel at great story premises, foreshadowing, plot twists, and careful pacing, you may still be guilty of ‘two dimensional’ or stereotyped characters - or perhaps it is your main characters’ motivations that are unclear or illogical, which ultimately sabotage the story.

Books on writing often provide ‘character profiles’ or checklists with questions pertaining to your character’s sex, age, race, religion, general appearance and so on. These checklists may help you develop a rough sketch of your character but ‘typical’ questions can lead you to develop typical, i.e. boring characters. It’s a start to know that your character is a young asian man—this is part of the rough sketch. But to make this man seem real, we need details: Does he horde things or throw them away?; Does he walk with a limp? What might make him cry or get angry? Does he have a recurring dream? What could it be trying to tell him, and does he interpret it correctly? Is your character human or an anthropomorphised animal? 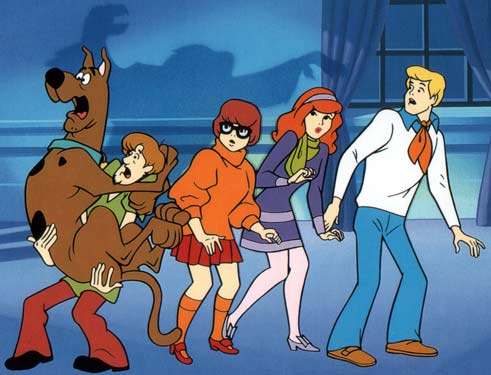 It’s a good idea to make a list of everything you know about your character, including incidents from her past; how she walks, speaks and dresses; what she eats for dinner. Avoid bland statements like ‘she has low self esteem.’ How do you know this about her? How could you convey this in your animation? Perhaps:‘her sister often jokes about her figure in front of their friends, but she never confronts her sister about this; instead she apologizes for her size.’ Now you have something specific and tangible to work with, something personal rather than generic.

You won’t use every detail you come up with in the actual story. Knowing a lot about your character, however, will lend depth to their depiction and will enrich your story.

These ten questions may help, choose one of the options given or (much, much better) create your own unique answer for 'g'.

1. What would your character say if she suspected someone had just lied to her?

2. What makes your character laugh?

a. slapstick such as Chaplin and Keaton
b. sarcasm
c. limericks, dirty jokes
d. Monty Python movies
e. his own foibles
f. others’ misfortunes/his own practical jokes
g. ?

3. Whom does your character respect the most?

4. What sort of movies does your character enjoy?

5. Whom does your character most closely resemble in looks or attitude?

a. her parent
b. her sibling
c. her grandparent
d. the family pet
e. her favorite movie star
f. a cousin
g. ?

6. How does your character celebrate New Year’s Eve?

7. If taking a long road trip, your character prefers to be:

8. What smell evokes the strongest memory for your character?

9. What’s the last piece of clothing your character bought for himself/herself?

10. What trivial fault is your character most ashamed of in herself?

a. an addiction to marshmallows
b. an unfortunate tattoo
c. an unpaid library fine
d. an insect phobia
e. hiccups when she tells a (?white) lie
f. stealing a toy from her best friend when she was seven
g. ?